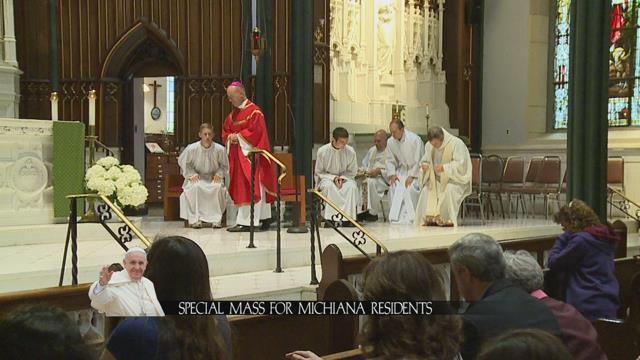 More than a million and a half people are expected to take part in various papal events throughout the weekend in Philadelphia, but Saturday there was a special event just for people from the Fort Wayne-South Bend Diocese.

The mass was held at St. Johns and father Daryl Rybicki was there along with Father Glenn from Holy Family and Father Drew, two local priests who ABC 57 has been following all week.

The Everett family from Father Rybicki’s church, Corpus Christi, participated in mass along with others who say they were honored and excited to attend mass with people from their own diocese.

“It was such a huge event all week it was nice to gather in a small space with people closer to home. We’ve been used to meeting people from Africa, Europe, and Australia. So it was intimate to remember that even though church is worldwide, we are surrounded by church family everywhere we go,” said Monica Sikorski of South Bend.

Most people from the Michiana area say they plan to stick around for Sunday’s mass with Pope Francis.