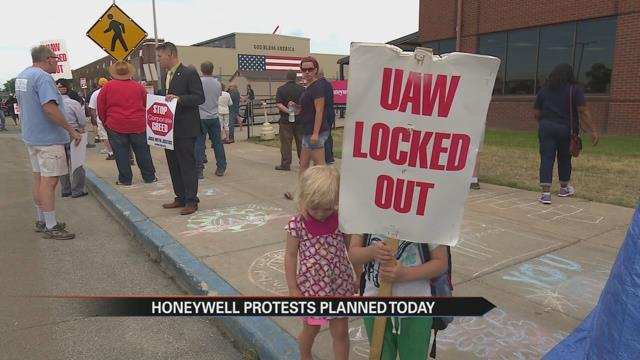 It has been more than three months since union workers were first locked out of their job at the Honeywell plant in South Bend.

The lockout happened on May 9th. When workers showed up to work early that morning, they were surprised to be escorted off of the property and the gates locked behind them.

Since that time, there have been multiple demonstrations in an effort for worker's voices to be heard and their story shared.

Thursday morning between 11 a.m. and noon another demonstration will be held. A union group from Chicago will come to South Bend to help show their support for UAW Local 9, the group who has been locked out.

The lockout is the result of unmet contract negotiations between Honeywell and the union.

Honeywell proposed a new contract that the workers believe is unfair. Employees say this would mean higher insurance costs and loss of seniority.

There are expected to be a big crowd for the demonstration on Thursday. See the original story here.