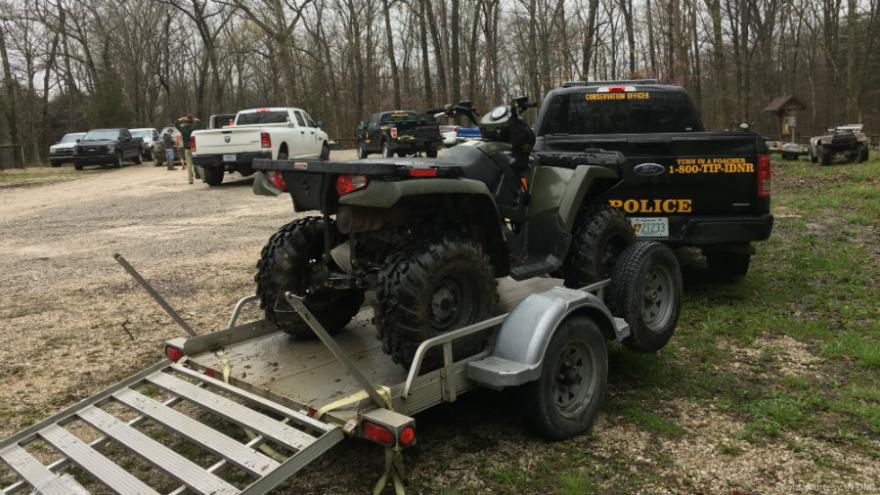 After reported missing for twelve hours, a 19-year-old male hiker was located on Springs Valley trail outside of French Lick.

The father of the hiker called to report his son missing after he failed to return home on Monday.

K-9 units and ATV’s helped in the search but without success.

The search resumed at daybreak with an unmanned aerial vehicle (UAV) which aided an Indiana Conservation Officer in locating the hiker along a trail.

He was dressed in only a tank top and shorts.

The man was in good condition but exhausted and was reunited with his father.

Indiana Conservation Officers are asking all hikers to be prepared when trekking in the woods.