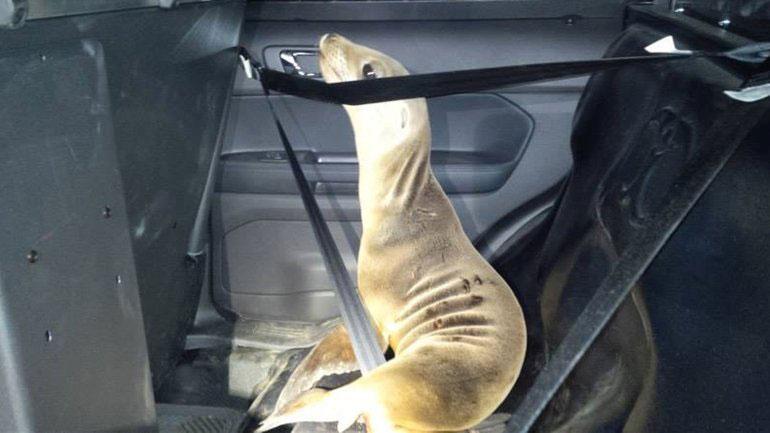 Mendocino County, CA (KTLA) -- A sea lion pup that had wandered away from the ocean was spotted by sheriff's deputies on Sunday waddling along a foggy highway in Mendocino County in Northern California, according to the department.

The deputies located the pup just after 1 a.m. about a quarter mile from the ocean on Highway 1 just south of Fort Bragg, according to a news release from the Mendocino County Sheriff's Department.

"The sea lion pup had an orange tag attached to its front flipper and was extremely friendly with the deputies, rubbing against their legs for attention," the release stated.

Deputies contacted the Marine Mammal Center, which was able to identify the sea lion from the flipper tag.

The rescue center said the pup had been released from their rehabilitation facility, where it learned to interact with people.

At the direction of the Marine Mammal Center, the deputies loaded the pup into their patrol car and released it back into the ocean.
Share this article: