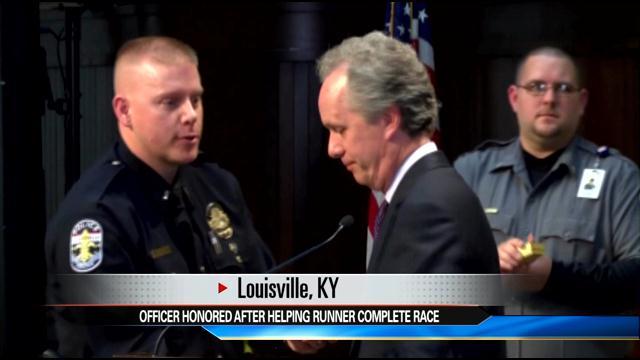 A photo captured the world's heart as it showed a Louisville officer helping a woman finish a 10K race after she fell ill at mile four.

"We don't give these out lightly," said Mayor Greg Fischer. "They're for great acts of citizenship. A key to the city."

Ford was running in the Rodes City Run this past weekend.

It was part of her weight-loss challenge after her husband lost a limb to diabetes.

But at mile four, she began having issues breathing.

That's when Gregory stepped in and helped her complete the last two miles.

The two shared stories as they finished the race and walked across the finish line together.

The photo of Ford and Gregory crossing that finish line has turned into a national sensation, being shared across several social media sites.