Made in Michiana: Cow Chips 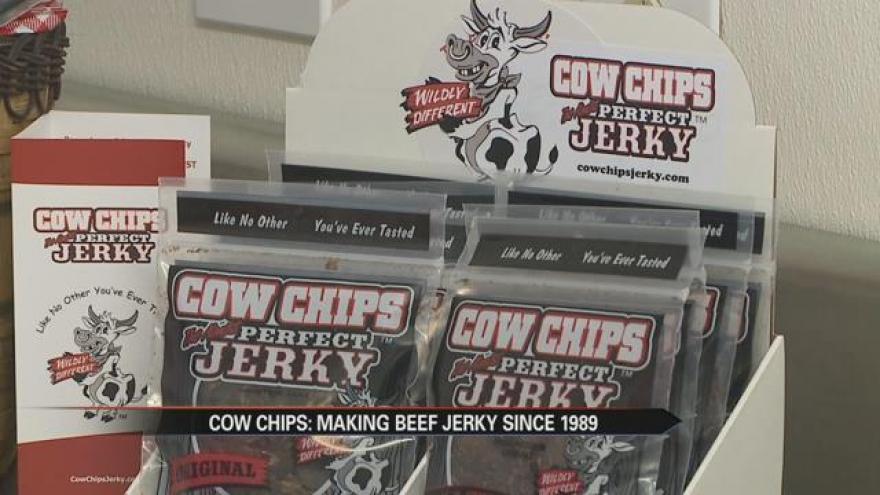 This week ABC 57's Made in Michiana series takes us to Warsaw! It's something you can't find outside of the Hoosier State. And they say it's like it's like no other you've ever tasted -- the Almost Perfect Jerky.

“People around me, I’d give them some and they’d say ‘Wow, this is the best I’ve ever eaten.’ And they said, ‘you need to market this,’” Shepherd said.

And that is how his quest began to come up with a recipe different from all the others.

“It’s a secret marination process. And we use an extreme method to extract all the water. And those are the real keys,” Shepherd said.

Five years and quite a few batches later, Shepherd says he's nailed it.

“Now we’ve got it down to where people come back and say, ‘this is the best jerky I’ve ever eaten.’ Now we want to get it out there,” Shepherd said.

It's a new take, on an old classic.

With 18 grams of protein in each serving, the chips are a healthy treat for people on the go.

You can't find anything like it, anywhere else in the country.

“It’s a product that you can only find in Warsaw, Indiana, nobody else has the right to make this product in the United States, we are patent pending and we are trademarked,” Shepherd said.

He started selling what he calls his "almost perfect jerky" last Fall. And he says there's never been a better time to get in on the action.

He says he asks just one favor of you, Jerky fan or not, just give it a taste!

“All I want them to do is just to try it. That’s all I want people to do is try it, let them make their own decision,” Shepherd said.

And let this Made in Michiana jerky speak for itself.

If you know of a business you would like to see featured on ABC 57's Made in Michiana, shoot us an email at [email protected]