Made in Michiana: Midwest Rake 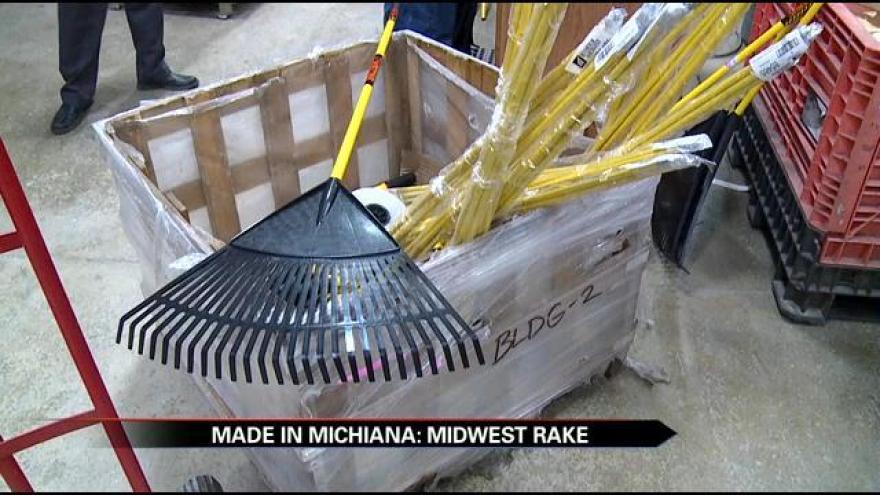 WARSAW, Ind. - Our Made in Michiana series continues in Warsaw where they are manufacturing items that are found in garages and sheds across the country. They're even used by some of the biggest pro sports teams and they are all made in Michiana.

Midwest Rake's operations are a far cry from it's humble beginnings back in 1990.

"It started with three rakes and took those to a show and made their first sale of 144," said President and CEO Midwest Rake, Bill Henthorn.

Eventually Henthorn took over the company and expanded its output from a few rakes to a wide array of landscaping tools.

Todd Sandbakken has been with the company for eight years and is responsible for selling the products.

"We make a lot of postal diggers, shovels, rakes and hoes," said Sanbakken. "A lot of landscape rakes. Some aquatic tools for cleaning up around your lakefront or waterfront."

You can find these 100% made in America products in most of your local and major hardware stores. You probably already have some.

It's not just household tools they're manufacturing. You'd be surprised to learn where they are using some of their products.

"The Detroit Tigers, The Chicago Cubs, the Chicago Whites Sox. All of those teams actually do use our products in their infields," said Sandbakken.

They're also used at major golf events like the U.S. Open. Not only have their tools been used by pro sports teams here in the U.S., they have also been used in the Olympics.

"I think we all take a lot of pride in that our product is actually used by a lot of professionals out there," said Sandbakken.

They're most thankful to be able to be putting almost 80 employees to work in Warsaw.

"The local economy has provided a good strong workforce and we really enjoy living and working here," said Henthorn.

Regardless of how far they expand, the company is poised to only grow its Warsaw operations even bigger and hopefully put out several more products made in Michiana.

The company estimates they ship out more than 100,000 products each year from the Warsaw plant.
Share this article: