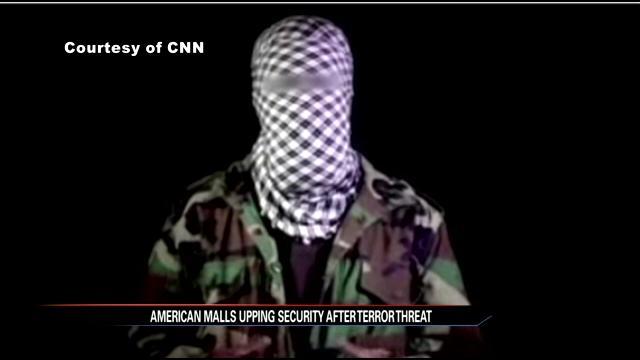 All malls in America are increasing security measures after a terror group called for attacks similar to the one in Nairobi, Kenya in September 2013. A terror expert at Notre Dame says terror attacks could have a political motive.

Al- Shabab a terror group with Al Qaeda affiliation has publicly targeted a place many of us visit, the mall.

In an hour long video, a militant asks that followers of that group's ideology to attack shopping malls.

The Mall of America in Minnesota is specifically called out.

Back in September of 2013 this same group attacked the Westgate shopping mall in Nairobi, Kenya killing  67 people.

Notre Dame law professor Jimmy Gurule is an internationally known expert in the field of international criminal law with a special concentration in terrorism.

He says there's a reason militants are focusing on malls.

"Because of the heavy congestion of people at a shopping mall if the objection is to inflict mass casualties and fatalities that would be a good target," said Gurule.

He says attacks like this could serve another function, too.

ABC 57 news contacted local malls about this new threat, they were not able to lay out their security measures for safety reasons.

But some were able to provide us with statements.

Both University Park Mall in Mishawaka and Lighthouse Premium Outlets in Michigan City referred us to the statement released by the International Council of Shopping Centers.

It says in part, “When it comes to protecting and securing a shopping center, many factors are taken into consideration and security plans and procedures are customized to each center's unique characteristics.”

Revie Stewart says, "You have to think twice before you go out anymore it's not like the good old USA where you could do what you wanted to do and you were a little carefree."

Professor Gurule says we all must remain vigilant.

"I don't think that anyone is immune because again often the focus the target is where large a large group of people congregate," said Gurule.

Gurule explained that when threats are made like the Al-Shabab threat the United States must rely on the intelligence information that is collected to figure out the best way to combat and prevent threats.