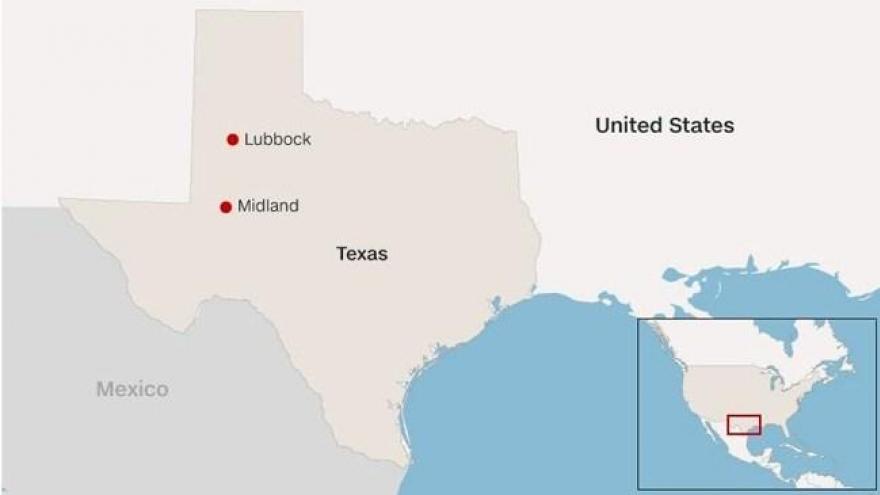 (CNN) -- Geologists say a new survey shows an oilfield in west Texas dwarfs others found so far in the United States, according to the US Geological Survey.

That makes it three times larger than the assessment of the oil in the mammoth Bakken formation in North Dakota.

The estimate would make the oilfield, which encompasses the cities of Lubbock and Midland -- 118 miles apart -- the largest "continuous oil" discovery in the United States, according to the USGS.

"This oil has been known there for a long time -- our task is to estimate what we think the volume of recoverable oil is," assessment team member Chris Schenk told CNN-affiliate KWES Wednesday.

The term "continuous oil" refers to unconventional formations like shale, in which the oil exists throughout the formation and not in discrete pools. The USGS estimates how much oil is considered to be undiscovered but technically recoverable.

"Even in areas that have produced billions of barrels of oil, there is still the potential to find billions more," Walter Guidroz, coordinator for the USGS Energy Resources Program said in a statement. "Changes in technology and industry practices can have significant effects on what resources are technically recoverable, and that's why we continue to perform resource assessments throughout the United States and the world."

Oil has been produced in the Wolfcamp area since the 1980s by traditional vertical wells -- but now companies are using horizontal drilling and hydraulic fracturing to tap the continuous oil reserve. More than 3,000 horizontal wells are currently operating, according to the USGS.

Morris Burns, a former president of the Permian Basin Petroleum Association, told KWES the low price of oil -- currently around $46 a barrel -- means the oil will sit underground for the foreseeable future.

"We are picking up a few rigs every now and then but we won't see it really take off until we (get) that price in the $60 to $65 range," Burns told the station.

"When we talk about that many millions of barrels of oil in the ground, that doesn't mean we can recover it all. We recover in the neighborhood of 50 to 60 percent," Burns said.

Last spring, CNN reported that "fracking" now accounted for more than half of all U.S. oil output. Back in 2000, there were just 23,000 fracking wells pumping about 102,000 barrels of oil a day. Last March there were 300,000 fracking wells, churning out 4.3 million barrels per day.

The fracking production, led by Permian Basin, Bakken formation and Eagle Ford, also in Texas, caused oil prices to tumble -- making the $100 barrel ancient history -- to as low as $25 a barrel early this year.