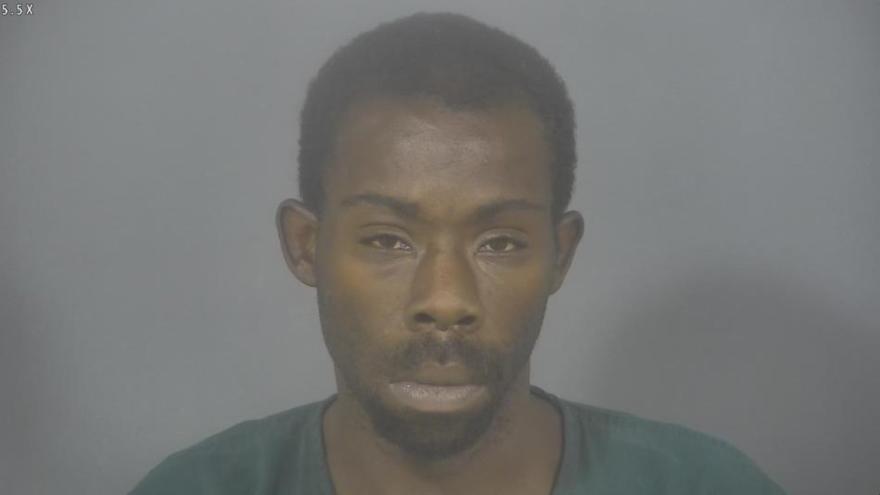 ST. JOSEPH COUNTY, Ind. – A man was arrested after he allegedly stalked a former partner for several months, according to the probable cause affidavit.

Leon Lovelady, Jr., 29, was arrested on the charges of stalking, intimidation, invasion of privacy, and domestic battery.

On March 24, officers with the South Bend Police Department were called to South Fellows Street for reports of a threat made to a business.

Officers spoke with two employees who said a person, who later identified himself as Lovelady, had been calling the business trying to find out if a former partner was there.

When the employees wouldn’t give information to Lovelady, he became angry and allegedly threatened to “shoot up” the business and “shoot” the two employees when they got off work.

On March 28, Lovelady’s former partner was granted a Protection Order against Lovelady.

On April 4, the victim told South Bend Police officers that Lovelady continued to contact him over social media and through text messages at least five to six times a day.

The victim said he was aware that Lovelady threatened the business on South Fellows.

On May 4, the victim told South Bend Police officers he saw Lovelady at a gas station in South Bend so he asked a friend to walk him home.

Both the victim and the victim’s friend said Lovelady watched them leave.

The victim said that, shortly after, he began getting threats of “physical harm” toward his friend and their property, according to reports.

When the victim asked who was sending the messages, the messenger replied “This is Leon,” reports said.

On May 11, the victim told South Bend Police officers that Lovelady was at his home and was throwing stones at his window, reports said.

On May 15, the victim told South Bend Police that Lovelady was in his home and the victim was hiding in the basement, police said.

Lovelady was arrested for violating the Protection Order but no criminal charges were filed following his arrest, police reported.

On April 5, a detective investigating the threat to the business and the Protection Order violation confirmed Lovelady was the person who had been calling the business.

During their conversation, Lovelady allegedly told the detective he called the business looking for someone and threatened to “shoot up the place.”

Over a month later, while Lovelady was in jail following his May 15 arrest, the detective spoke with Lovelady again. During that conversation, Lovelady allegedly confirmed their previous conversation about the threats to the business.

Lovelady told the detective he was still dating the victim and that while the victim had made references to a Protection Order, the victim was still contacting Lovelady, reports said.

Lovelady also said that some time ago, police put legal documentation in the mail for him and Lovelady texted the victim about being taken to court, reports said.

Lovelady allegedly admitted to going to the victim’s home and throwing rocks at his window to get his attention but said it was part of their “daily routine,” reports said.

The detective reminded Lovelady the Protection Order was still in place and Lovelady couldn’t contact the victim.

On July 6, South Bend Police officers were called to the victim’s residence for an unwanted person.

The victim said Lovelady entered his home by unknown means and refused to leave.

When the victim asked Lovelady to leave, Lovelady allegedly bit him on the finger.

Lovelady left the residence before police got there, reports said.

An officer confirmed one of the victim’s fingers was bleeding.

Some time later, officers were called to the victim’s home again because Lovelady had returned, police said.

Lovelady was arrested and is being held at the St. Joseph County Jail on no bond.

He is due in court on Thursday.