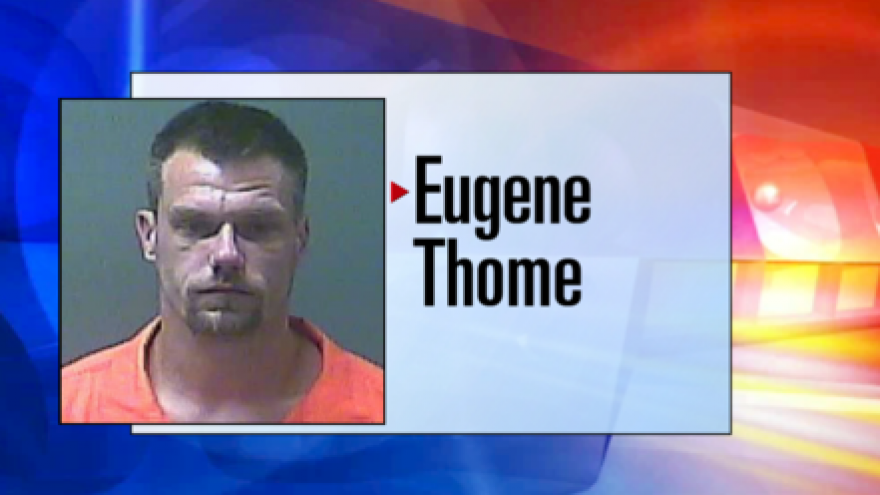 LA PORTE CO., Ind., One man has been arrested for allegedly trying to race a sheriff’s deputy in an unmarked car.

According to La Porte County Sheriff’s the deputy was driving north on State Road 39 near the Indiana Toll Road Saturday at 7 p.m. There was a vehicle traveling close behind the deputy, so the deputy tried to put space between the two vehicles.

That’s when the suspect got in the other lane to try to pass the deputy in an unmarked Dodge Charger.

When the suspect started speeding the deputy tried to pull him over. According to officials that when 40-year-old Eugene Thome pulled into a yard on Springville road. He tried to run for it, but finally complied with verbal orders to stop.

Thome has a felony warrant through La Porte Circuit Court for Revocation. He was also found to be a Habitual Traffic Violator.

He admitted that he had hoped the Charger would race him, but once he realized it was an unmarked police cruiser he tried to run because of his priors.

Thome is charged with two counts of Resisting Law Enforcement; one level six felony and one class “A” misdemeanor.