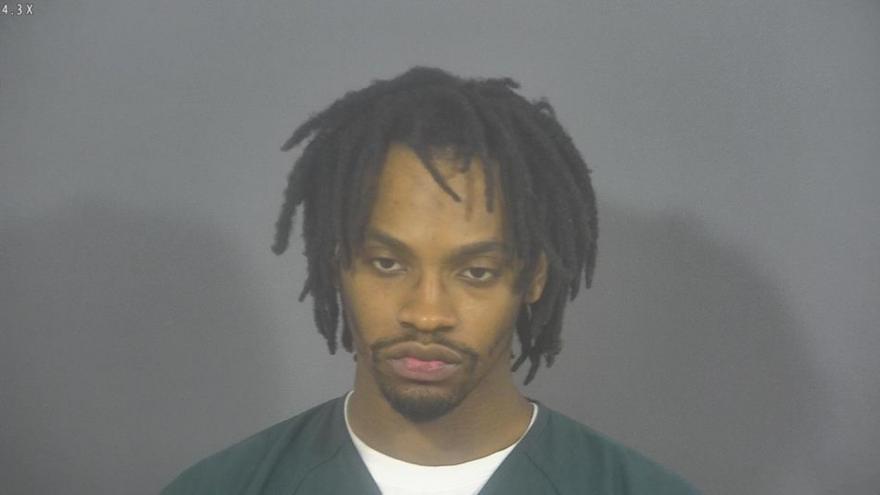 On December 20, South Bend Police were dispatched to a residence in South Bend for reports of a sexual assault, officials said.

According to the victim, Jason Barksdale and the victim have an arrangement where he leaves supplies at her door but never comes in the house.

On the day of the incident, the victim said she was in the kitchen when she saw Barksdale arrive at the residence and come into the house without permission, reports said.

The victim told Barksdale he was not supposed to be in the house and then he became forceful, reports said.

Barksdale then allegedly raped the victim before smiling at her and leaving the residence.

The victim told police she never gave Barksdale any indication that she wanted to get together with him, the affidavit said.

The victim was taken to a local medical center for a rape kit.

The victim provided text messages to police in which Barksdale allegedly apologized to her, reports said.

On January 2, South Bend Police were called to the same residence for reports of domestic battery.

The victim told police her tax refund check was sent to the address of one of Barksdale’s relatives and she arranged to meet with him to get the check, but she evaded him.

After returning to her residence, Barksdale entered her house through an unlocked door, walked into her bedroom and took her wallet with debit cards, insurance cards, and money, reports said.

The victim said she tried to stop Barksdale but he pushed her and pulled her hair, ripping out one of her braids, according to the probable cause affidavit.

Barksdale has been charged with rape, burglary, domestic battery and two counts of invasion of privacy. The prosecuting attorney noted in court documents that a no contact order was in effect at the time of both incidents.