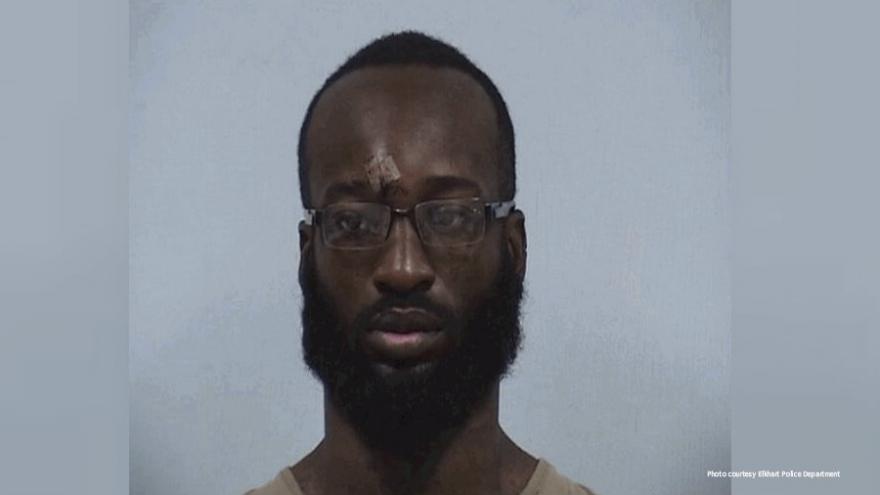 ELKHART, Ind. -- An Elkhart man was arrested for a slew of battery-related charges Friday night after allegedly hitting a woman, her child, and causing minor injuries to two officers.

Elkhart Police were called to the 1000 block of Garfield Avenue shorty before 3:00 a.m. regarding a trespasser.

When officers arrived and knocked on the door, a woman told them to come inside. Officers then heard the door lock and something being placed against the door.

Police say they then heard a fight in the home and a woman screaming. As police tried to gain entry, they say 29-year-old Gerrell Johnson attempted to stop them from getting in.

According to police, Johnson then began to attack the woman in the home.

As police were attempting to take Johnson into custody, he allegedly fought them, causing the two officers to sustain minor injuries.

After Johnson was taken into custody, the woman reported she had asked him to leave and locked the door behind him when he did. She says he came back into the home through a window and began to attack her and would not allow her to leave.

Police say the victim's child tried to open the door when Johnson allegedly grabbed the child and threw him to the ground then continued his attack on the woman.