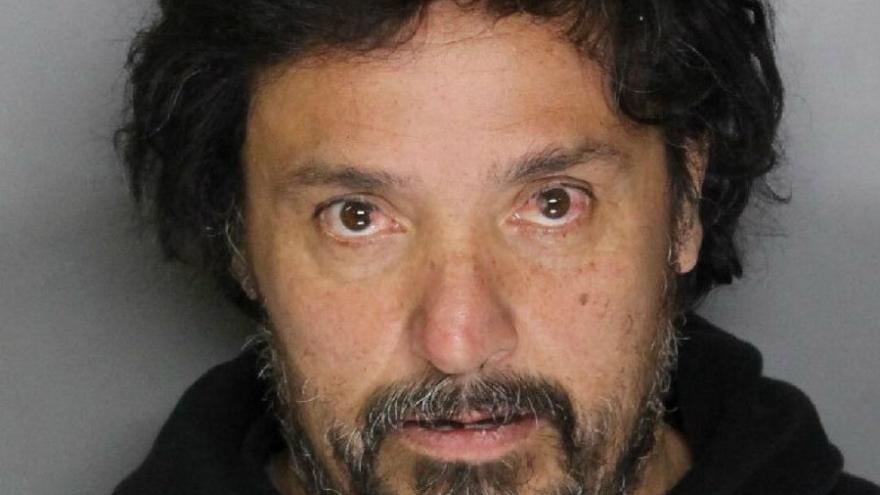 Espinoza is suspected in at least four or five incidents, the CHP said.

Images provided by the CHP show the smashed windshield of a pickup truck, with a large boulder in the back seat. The front passenger side seat appears bent backwards by the weight of the rock.

The driver of that truck, who only wants to be identified as Michael, used to be a police officer and is in the process of becoming a pastor.

He said when the rock hit his windshield he thought someone was shooting at him with a shotgun. He said glass shot everywhere and he was breathing it in. He added that the only reason he didn’t get glass in his eyes was because he happened to be wearing safety sunglasses.

Investigators say several crashes and injuries were caused by the dropped boulders.

The first victim had a boulder come through the windshield, hit the steering column, according to the CHP. It caused her to lose control and hit the sound wall on the freeway.

“We all took it to heart, because we have friends and family that drive in those locations. We really wanted to catch him,” CHP officer Adrian Quintero said.

“I put the cuffs on him myself, and it felt good. It was an arrest I will probably remember forever,” Quintero said.

According to the CHP, Espinoza has faced charges in the past for throwing rocks at cars. He was on parole for assault at the time of his arrest.

Several teens were arrested earlier in December in Ohio for dropping sandbags from an overpass. One driver was killed.