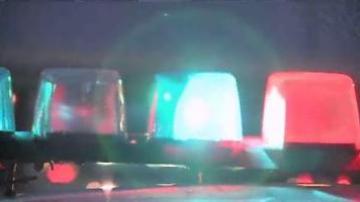 ELKHART, Ind. -- Elkhart police hauled a man off to jail after he allegedly slammed into a freight train with his van and took off.

Police said it happened just after 5 p.m. Saturday. They caught up with the suspect on County Road 17 and U.S. 20. That's when the driver took off again and officers went after him.

They said he finally gave in and pulled over after about 10 minutes.

Police said the guy had alcohol in his van.