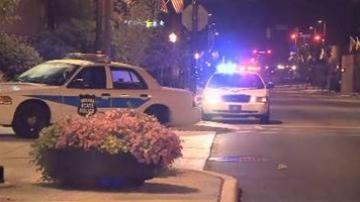 SOUTH BEND, Ind. — A wild chase through the streets of St. Joseph County ended with two people in police custody.

Police were not that far behind the suspect after he allegedly robbed a gas station for two packs of cigarettes.

The pursuit started after the suspect failed to yield at a stop sign near the toll road ramp in Roseland.

Police tell ABC57 that they were not sure if the man was on foot or if he jumped into the water. All they found was his vehicle, belonging to him and his estranged girlfriend.

She was taken into custody.

Eventually the police did catch the suspect. He was found several blocks away near the intersection of Monroe and Lafayette Boulevard.

Police also say the saw the man throw the cigarettes out of the car and were able to go back and find them.