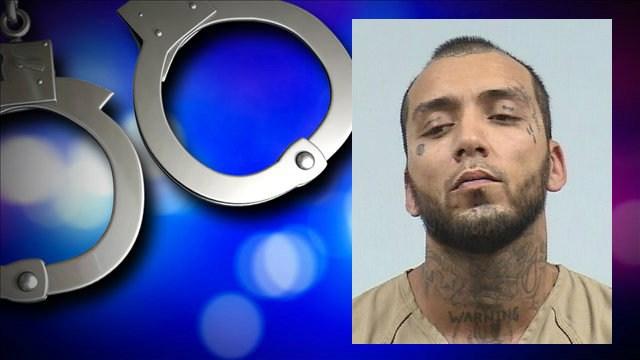 A man has been arrested for allegedly stealing a car and resisting arrest Friday morning.

At approximately 7:26 a.m., officers from the Elkhart Police Department were dispatched to Elkhart Plastics regarding reports of a stolen vehicle.

Police say as a report was being taken at Elkhart Plastics, other officers located the stolen vehicle in the 2000 block of 13th Street.

Officers approached the vehicle and a subject, identified as 29-year-old Jorge Crowder, allegedly fled from the scene on foot.

Police say as Crowder was being chased, he allegedly threw an object away from him, which was later determined to be a handgun.

According to authorities, officers chased Crowder and quickly captured him, taking him into custody.

Upon a search of the vehicle, police found several items that were not inside the vehicle at the time it was stolen.

Crowder was arrested for an array of offenses including auto theft, resisting law enforcement, possession of a synthetic drug, and violet felon in possession of a firearm.