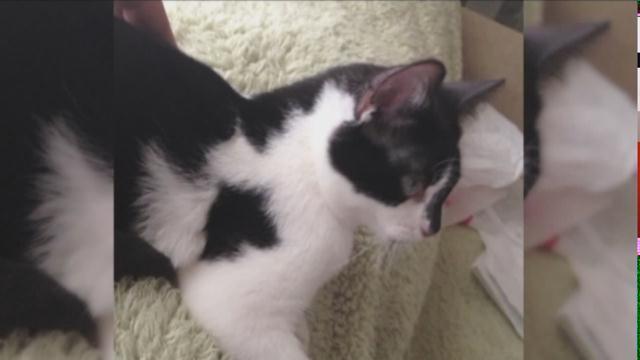 A Wilkes-Barre man is accused of killing his girlfriend's cat by putting it in the washing machine and then wrapping it in a bedsheet and hitting it against the walls.

Investigators say Donovan Mackey stuffed the 9-month-old kitten into the washing machine and turned it on.

Then he wrapped it into a bed sheet and beat the kitten against a wall until it died.

Police say there are holes in the wall showing the amount of force used.

It happened when Mackey went looking for his girlfriend at her apartment and couldn't find her.

"He just come, kick the door and asked about her," said a man who also lives in the home. "And I told him, 'she's not her, she's left.' He put it in the sheet of the bed, kept on slamming it like 6 or 7 times."

After the cat died, Mackey allegedly threw the remains in a garbage bag.

He then tossed it in the home's backyard.