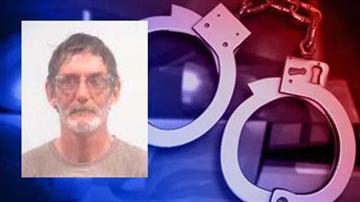 GOSHEN, Ind. -- The Elkhart County Sheriff's Department has arrested a man for allegedly threatening to plant a bomb in the New Paris area.

Walter Glasgow, 53, was arrested at his home Tuesday just before 3 p.m. for false reporting.

The sheriff's office says the investigation revealed there was no actual threat to the community.

The elementary school in New Paris took special precautions after the threat.

Annette Rolston has two children at New Paris elementary. She didn't hear about the threatening phone call until Tuesday.

"First thing people think of is schools. With all of the shootings and all of that throughout the country, New Paris only has one school so I'm sure that's what peoples reaction was, what's going on with the school?" said Blosser.

Rolston, whose children ride the bus home, says she wasn't contacted by the school about the threat.

"It makes me angry because my kids and it's their safety and the school doesn't let us know what's going on," said Rolston.

School officials say the parents of the students who walk home were notified so that they could be picked up.

Blosser says with threats like these becoming more common-they did the right thing.