Man arrested in connection with shootings near I-96 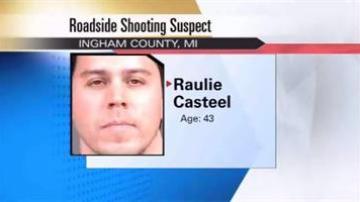 INGHAM COUNTY, Mich. – A man has been arrested in connection with the shootings off of I-96 in Michigan.

When they search his home they found potential evidence.

Police think he shot at around 24 cars over the past month in at least four Michigan counties.

“I don’t know if you could ever develop a motive for somebody who shot at twenty-four different vehicles,” said Sheriff Gene Wriggelsworth. “I mean it’s so random that I don’t know if there is a motive.”

Casteel is being held on $2 million bail and could face more charges.