Man beaten and called racial slurs after trying to help 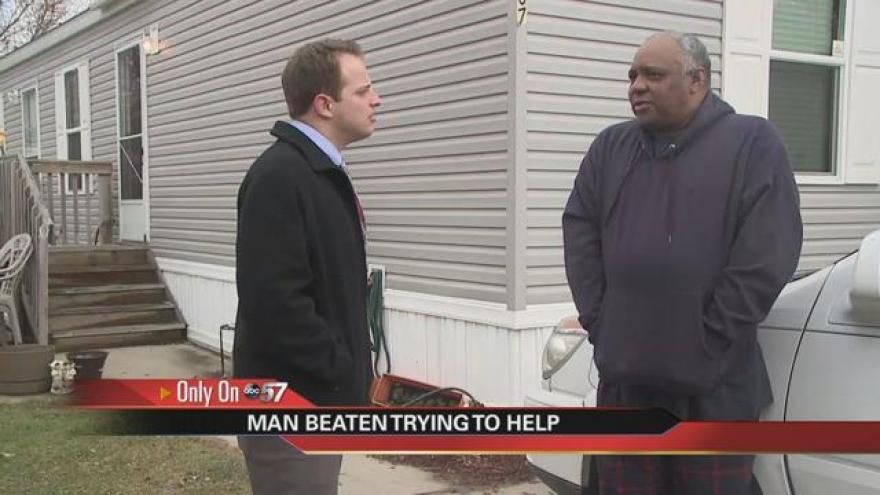 He was punched and called names and now a Goshen grandfather is wondering why three men he said attacked him aren’t locked up.

55-year-old Ernest Rias spent Tuesday night in the hospital while his alleged attackers were at home.

And perhaps just as hard to believe, Rias went out of his way to help the trio who he said jumped him.

Scraped knees, a bruised lip, and paper work is what Rias has to show for trying to be a good neighbor.

Rias says he got attacked after being jumped by three men pretending to need assistance.

He says one of them knocked on his door late Tuesday night, saying his car broke down.

He asked for a jump start.

Moments later, two more men appeared, jumping the grandfather of seven and calling him the n-word.

“As fast as I popped the hood and was trying to hook the cables up that’s when  they came around the car, they came running from that corner and the car was sitting right there and the guy driving the truck he reached to grab me when coming around the car,” said Rias.

Police say they located three persons of interest a short distance away but no arrests were made.

Goshen police also say Rias was provided instructions detailing how to file charges, which is exactly what he plans on doing.

Rias says he has no idea why he was targeted.