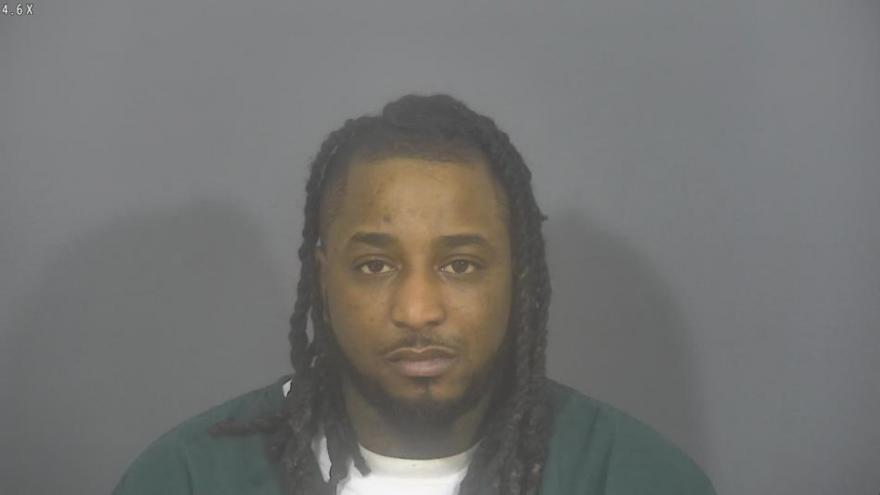 ST. JOSEPH COUNTY, Ind. – A man was booked into jail on Monday after being injured in a spree of hit and runs he allegedly committed in 2020, according to the probable cause affidavit.

On September 21, 2020, the South Bend Police Department responded to Portage Avenue and Marquette Boulevard for a report of a hit and run crash where the suspect was possibly chasing a female victim with a gun.

On the way to the scene, an officer noticed a black Nissan Altima with damage pull to the side of the road along Portage Avenue.

When the officer arrived to Marquette Boulevard, he spoke with a woman who said she was driving her maroon Chevrolet Impala when a tan SUV began ramming into the back of her vehicle near O’Brien Street.

The officer saw heavy damage to the back of the Impala.

After ramming her vehicle several times, a man ran up to the Impala as the woman climbed out of the passenger side window, reports said.

The woman said the man was chasing after her and seemed to be looking for another man. She told the man she was by herself and didn’t know what he was talking about.

The man then got back into his car and drove south on Portage Avenue.

The officer spoke with the owner of the black Nissan Altima, who said he was driving north on Portage Avenue when a gray SUV got behind his car and began ramming the back of it.

The officer saw heavy damage to the back of the Altima.

The driver said the SUV then hit the Altima’s driver’s side quarter panel and boxed it in.

A man then ran out of the SUV and was banging on the Altima’s window, reports said.

The driver said the man appeared to be looking for someone.

The man then sped off in the SUV heading south on Portage Avenue.

Officers spoke with witnesses who corroborated the Altima driver’s account.

They also spoke with the driver of a Hyundai Elantra who pulled off to the side of southbound Portage when he saw a gray SUV driving erratically behind him, according to reports.

The SUV pulled up next to the Elantra and the SUV’s driver was looking at it like he was trying to see who was inside, reports said.

The SUV then started to pull forward before ramming into the driver’s side of the Elantra and driving away, continuing south on Portage, reports said.

Dispatch reported a fourth accident involving a gray SUV crashing into the side of a church near the intersection of Walnut Street and Lincolnway.

When police arrived on scene, they found a man, identified as Verquell Williams, trapped in the driver’s seat and going in and out of consciousness.

The SUV Williams was driving was registered to him, according to reports.

Williams matched the physical and clothing descriptions provided by victims and witnesses of the hit and run crashes, reports said.

He was hospitalized for his injuries.

Williams booked into the St. Joseph County Jail on Monday for the following charges:

His initial hearing is set for February 24.