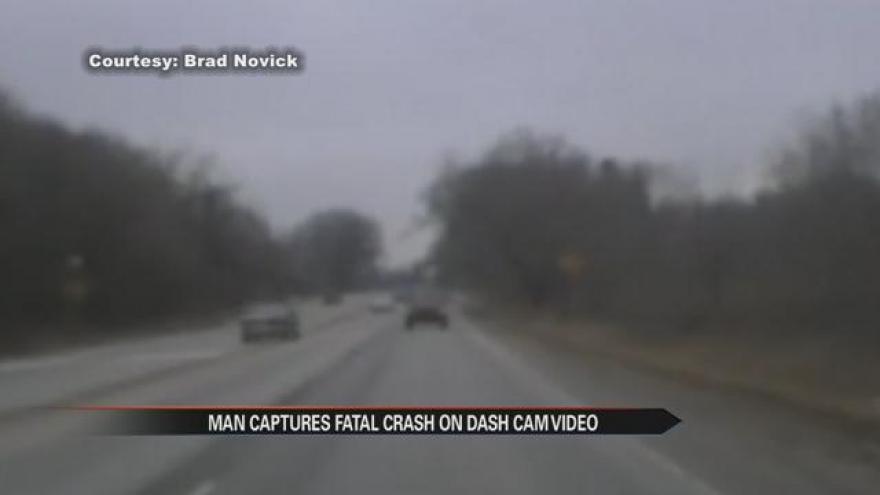 Wednesday night for the first time, we are seeing video of that fatal La Porte accident that left three people dead and two others in critical condition.

The accident was caught on tape by Brad Novick.

He was driving on Highway 20 with a camera mounted on his vehicle, and in an exclusive interview with ABC 57, he recounted those horrifying moments.

The video is graphic but also important and that’s exactly what Novick wants viewers to know tonight.

Novick is hoping the video you see brings some closure to family members and anyone else affected by Tuesday afternoon’s deadly accident.

Novick describes what he saw as the accident happened:

“Next thing I know see smoke show of cars flying around, semi cutting across so at that point hit save button on camera,”

Novick has that camera mounted on his vehicle for safety purposes and on Tuesday it captured an unimaginable moment.

“The saddest thing about that is 100 percent legit video speed no alters or anything like that to that video,” said Novick.

“Pretty much at that point, didn’t seem like anyone could use any help at that point no one responding it’s not a pretty sight,” said Novick.

After hitting save on his camera Novick rushed to the accident scene on Fail Road and Highway 20.

“Could hear people screaming tried to wake up person next to him, kept yelling wake up but not responsive, driver had injuries on his hand and wasn’t letting go of wheel guy in back looked like broken leg or something of that nature,” said Novick.

As family members deal with this tragedy, Novick hopes his video will help with the recovery process.

“Every single family member or anybody connected in some way or another of everybody involved all been grateful because getting to see what really happened as it happened,” said Novick.

ABC 57 News also has status updates on one of the survivors.

Joseph Gandour is listed in stable condition at Memorial Hospital.

The names for the 3 who died were also released on Tuesday:

And 30-year-old Catrina Bontrager from Goshen.

Funeral arrangements have been set for Bontrager.