Man charged in double murder due in court 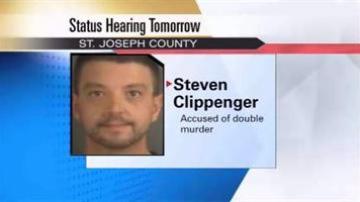 MISHAWAKA -- A Mishawaka man facing murder charges will be in court on Monday.

Steven Clippenger is accused of shooting and killing both his brother and sister-in-law at their home. This happened at their Mishawaka home over the summer.

Monday Clippenger will appear in court for a status hearing at 9:00 a.m.

His charges are for two-counts of murder, and one count of possession of a firearm.

Steven's girlfriend, Jennifer Leveque is also charged in relation to the murder.