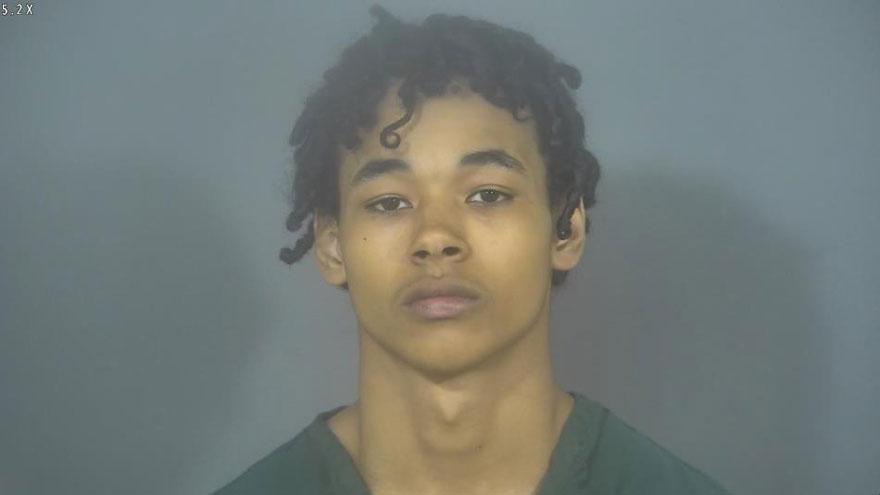 ST. JOSEPH COUNTY, Ind. -- An alert clerk prevented a man from robbing the Marathon gas station on Mishawaka Avenue on June 4, according to court records.

On June 4 at 2:11 a.m., South Bend Police responded to the Marathon gas station on Mishawaka Avenue for an attempted armed robbery.

The clerk told police he was in a glass-enclosed cash register area when two men, one in a black hooded sweatshirt and one in a red hooded sweatshirt, came in. He said they both had their faces covered, reports said.

The victim locked himself in the enclosed register area.

The man in the red sweatshirt approached the counter and asked for a tobacco product. The clerk refused.

The man then went around to the enclosure door and point a gun at the clerk, according to the probable cause affidavit.

The clerk refused to comply with the suspect's demands, so the two men in sweatshirts left the store, reports said.

It showed at 2:01 a.m. on June 4, a tan sedan with a missing front passenger side hubcap drive eastbound on Mishawaka Avenue, then southbound on Ironwood Drive, then drive out of frame, reports said.

The officer checked the FLOCK system and found a Chevy Malibu with a missing front passenger side hubcap that was registered to Nicholas Fairchild, according to the probable cause affidavit.

At 2:04 a.m., the surveillance from the store showed two men wearing sweatshirts with masks over their mouths and noses and gloves on their hands, walking from where the sedan was seen off camera to the Marathon store, reports said.

After the men entered the store, they waited while the clerk assisted another customer. While waiting, one of the men pulled down his mask, exposing his face, reports said.

The detective compared the DMV photo of Fairchild with the man on the surveillance video and identified the man in the video as Fairchild, according to the probable cause affidavit.

Video showed after the other customer left, Fairchild approached the counter and asked for cigarillos. The victim asked Fairchild if he is okay and what is on his mind. Fairchild replied he is fine and asked for the cigarillos, reports said.

The clerk asked Fairchild for a dollar for the cigarillo and Fairfield asked if he could get it for free, reports said.

The victim then told Fairchild, "Don't do it," according to the probable cause affidavit.

Fairchild then walked around the enclosed area and attempted to open the door to the cashier station while holding a handgun, reports said.

The clerk said multiple times, "Don't do it!" and "I'm calling the police," according to the surveillance video.

When Fairchild realized the door to the cashier station was locked, he and the other man left the store, reports said.

A search warrant was served on Fairchild's home on June 9. A Chevy Malibu was parked at the residence, police said.

During a search of the residence, officers found a red hooded sweatshirt, black mask, black shoes with a metallic lace strap, which were very similar to the items Fairchild wore in the surveillance video, reports said.

Fairchild was charged with one count of robbery on June 10.