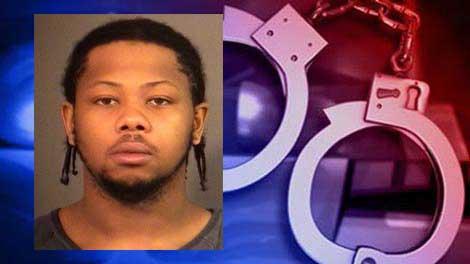 A man has been charged with multiple counts of armed robbery after three local business were robbed in January of 2016.

According to the St. Joseph County Prosecutor's Office, Desmon Abrams has been charged with four counts of armed robbery and one count of robbery.

Abrams is accused of two armed robberies and a robbery that occurred January 6, January 10, and January 22 at the Family Video on North Main Street in Mishawaka.

In each of the robberies, the suspect was described as wearing blue jeans, a hoody, and a black mask over his face.

In all but one of the robberies, witnesses described the suspect pulling out a gun and demanding money.

Witnesses also quoted the suspect as saying "my son has cancer and I need the money" and "my kid's going to die, what would you do if your kid was going to die?".

On January 31, a woman was interviewed by police concerning an assault allegedly committed against her by Abrams.

According to police, the woman told them about all of the robberies Abrams is accused of committing.

According to court documents, the woman told police she knew about each of the robberies and at one point Abrams told her "if I get caught, I'm going to kill you".

Mishawaka Police obtained a search warrant for Abrams' room at the Comfort Inn in Mishawaka where they found a red backpack containing a black colored air-soft BB gun and a black mask with eye-holes cut in it. According to police, Abrams admitted the backpack was his.

Abrams was charged on Wednesday and is being held at the St. Joseph County Jail with a $50,000 bond.