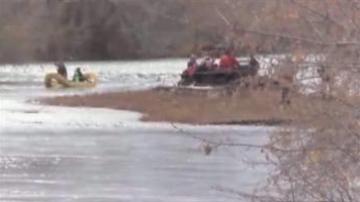 POCATELLO, Idaho. -- A man was officially declared dead after he fell into an icy river while duck hunting.

Micheal Jones says the last thing he remembers was his canoe flipping, then hanging on to it for about 20 minutes.

After rescuers pulled him to shore, Jones' heart gave out and he actually died.

Doctors described the scene like something out of the show ER.

"CPR in progress, someone on top of the gurney keeping the chest, keeping the heart, keeping the blood moving throughout the body really to keep the blood going to the brain to keep him alive," said Dr. Jacob Delarosa, Cardiac Surgeon.