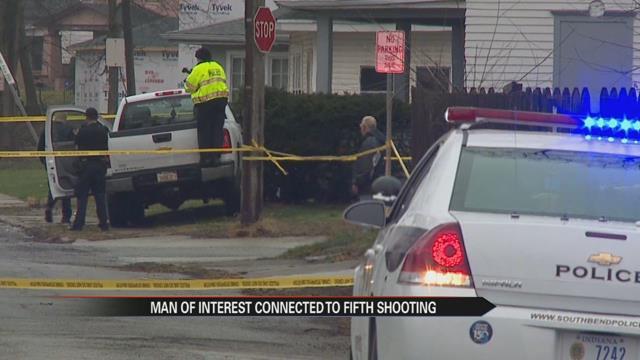 A possible arrest has been made one day after a shooting on Allen Street in South Bend – the city’s fifth shooting in four days.

South Bend Police have yet to release a name, but a supervisor confirmed one person was detained for questioning about Saturday’s shooting on Sunday afternoon.

That supervisor also said the person detained was then booked into the St. Joseph County Jail Sunday afternoon because he had a warrant out for his arrest for a separate incident.

No charges related to Saturday’s shooting have been filed, but information from South Bend Police and a neighbor who lives on Allen Street -- just off Lincoln Way West -- points toward Scottie Allen Hall of Goshen being the person who was detained.

The St. Joseph County Jail database showed an active mugshot of Hall that explained he was booked Sunday afternoon.

And that neighbor, who lives a few homes down from where the shooting took place, said Hall was the shooter and showed an old mugshot of him on her phone that matches the new mugshot.

As of Sunday evening, though, Hall had not been charged in connection to Saturday’s Allen St. shooting.

That neighbor, who is remaining nameless for her safety, said the man who was shot is still in Memorial Hospital, but is in stable condition.