Man dies after getting punched at bar 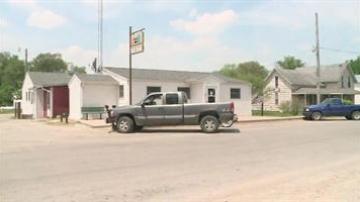 LEITERS FORD, Ind. -- Indiana State Police say a Peru man is in jail for punching 38-year-old Tony Coleman outside a bar in Leiters Ford. Coleman died at the hospital.

Police said they didn't know why 33-year-old Zachary Clark punched Coleman early Sunday morning, but said they both appeared to be intoxicated and believe it was a factor.

"It's usually a pretty quiet bar. You go in there and have a good time. It's a pretty laid back community. Bar owners are nice, so it's a nice place to go hang out, but it's just unfortunate something like that happened," said Patrick Dillingham who lives next to the Leiters Ford Tavern.

Police say Clark punched Coleman around 2 a.m., as he was headed out of the bar.

Coleman died an hour later at a nearby hospital.

"Unfortunate you know for the guy, what happened to him, but I just don't know what else to say about it. It's just a horrible thing that happened," said Dillingham.

According to police, Clark is from Peru.

Residents say it isn't the first time someone passing through caused problems in the town.

"People think it's a little town, there's not a lot of law enforcement, so they think unwind a lot, but you really have to be responsible. You've got to draw your line, know when to stop," said Dillingham.

"Everybody is still kind of shocked about it so everything is a little quiet around here, but other than that, we're a little town with a big heart, so we can get back to our feet," said Dillingham.

Indiana State Police say they are still investigating the incident.