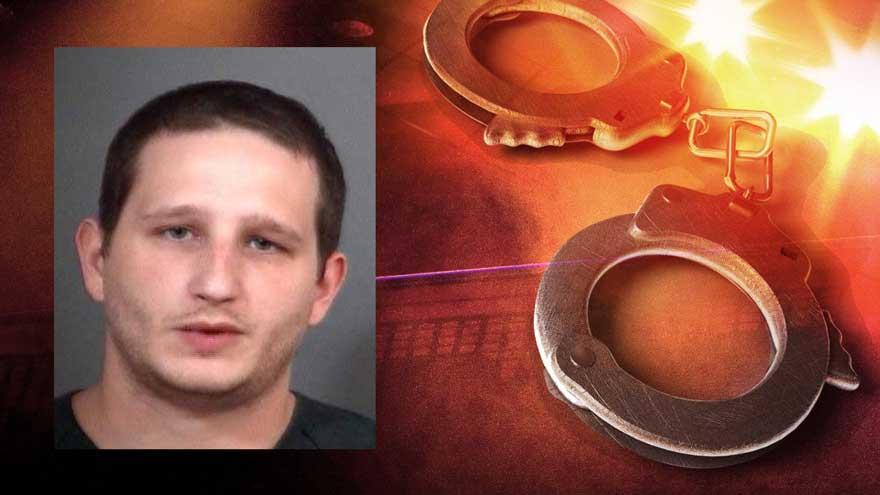 ST. JOSEPH COUNTY, Ind. -- A 25-year-old man is facing charges for allegedly breaking the bones of two children under the age of 7 on the same day in two separate incidents.

On August 20, a child was taken to Memorial Hospital with two broken bones in his arm. The child, born in 2013, told the nurse 'Rob' injured his arm. The mother told ER staff another child injured the victim's arm, according to reports.

The ER doctor believed the injury was too severe to be inflicted by another child, so DCS and the Special Victim's Unit were notified, according to the probable cause affidavit.

A member of the Special Victims Unit responded to Memorial Hospital and spoke with the child's mother.

The investigator learned a second child, age 6, lived in her home in South Bend, along with Rob Eby.

The investigator went to the home to speak with Eby and to check on the welfare of the 6-year-old.

When he arrived to the home, Eby was home alone with the 6-year-old child, who had his left arm in a sling.

The 6-year-old told the investigator he was 'wrestling' with Eby when his arm got twisted. He said his mom took him to the doctor the day before.

Eby told police he was angry at the boys for not listening and not cleaning up their rooms, according to the probable cause affidavit..

He said he went to spank the 6-year-old, but the child put his hand on his buttocks, so Eby grabbed the boy's arm. The boy then tripped and fell and injured his clavicle, Eby said.

The 6-year-old's mother took him to the hospital for treatment of the fractured clavicle.

While the 6-year-old and his mother were at the hospital, the child born in 2013 was misbehaving and not listening to him so he grabbed the child, pulled him across the table on to the couch and he heard a pop, Eby told police, according to the probable cause affidavit.

He asked the child's mother not to take the child to the hospital because 'it would look bad' since she was just there with another injured child, reports said.