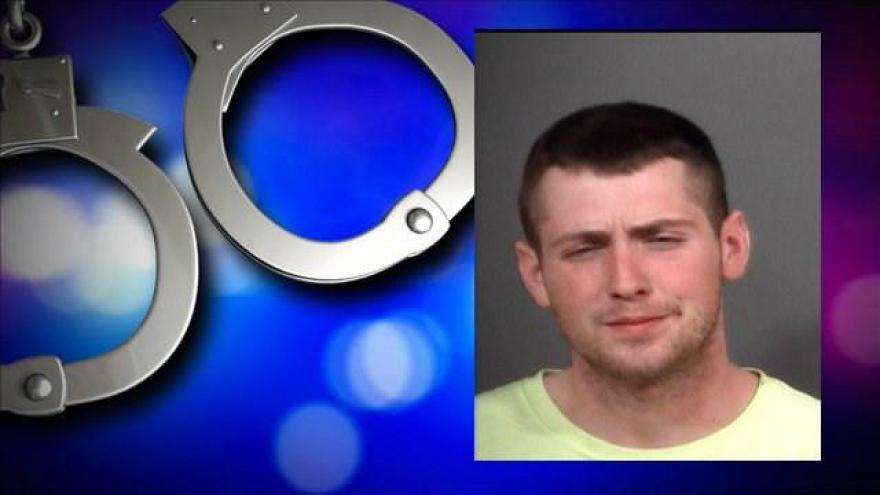 Well, it wasn’t a dream.

The rude and literal awakening for one South Bend man landed him in jail early Saturday morning after falling asleep in a McDonald’s drive thru.

Mishawaka Police say officers were called to a McDonald’s on Bremen Highway regarding a suspicious vehicle in the drive thru.

Upon arrival, authorities found a red Toyota Camry stopped in the drive thru with one person sleeping in the driver’s seat, according to the probable cause affidavit.

The responding officer shouted at the driver, 22-year-old Blake Carpenter, waking him up.

Officers say the car then began to roll forward because it was still in drive, forcing the officer to reach in the window and put the car into neutral.

According to court documents, Carpenter ignored the officer’s many commands to get out of the car and resisted police when they physically tried to remove him.

Police were able to pull Carpenter out of the car but he became violent and allegedly struck one officer in the chest and another in the head three times.

The two officers wrestled him to the ground and slapped on the handcuffs.

Court documents say the smell of alcohol was present on Carpenter’s breath and once searching his vehicle, police found unopened bottles of beer and an open bottle of Fireball Whiskey in the front passenger seat.

A breath test later found Carpenter’s BAC to be .13 percent.

Carpenter was booked into the St. Joseph County Jail on charges of operating while intoxicated, resisting arrest, and aggravated assault on an officer.