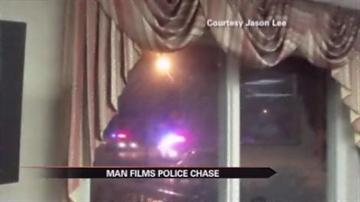 A California man was watching a police chase on the news and decided to film it.

He quickly realized the drama was playing out in his own neighborhood. In fact, the chase went right by his house.

The pursuit did eventually come to an end and police arrested the driver.