Man gets a second chance at dream of playing football 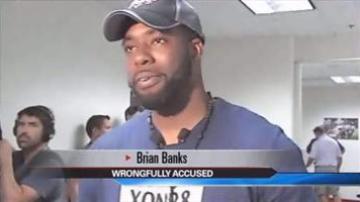 This comes after he spent six years in prison on a rape charge.

Ten years ago, he was a high school standout and already had a college scholarship waiting for him.

But one young girl's false accusations of rape and kidnapping put him behind bars.

The woman later come forward and admitted she lied. And the judge threw out his conviction.

The Seattle Seahawks invited him to training camp this summer. Their coach is the same coach who offered him a scholarship to USC before the accusations.