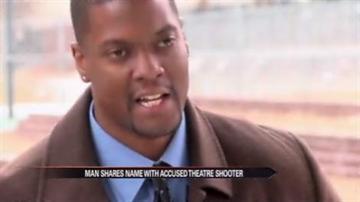 AURORA, Colo. — A Colorado man said he is being unfairly linked to the Aurora movie theater shooting because of his name.

James Holmes, a personal trainer in Aurora, said he has lost clients and has been harassed online.

He said that people have made inappropriate jokes when he has shown his I.D. And even when he applies for jobs.

Holmes said the worst of the harassment is online.

"There was a woman who actually took a screen shot of my Facebook picture and was posting it around Facebook, 'How could a face like this do something of this nature?'" he said.

Holmes said he had no plans to change his name.