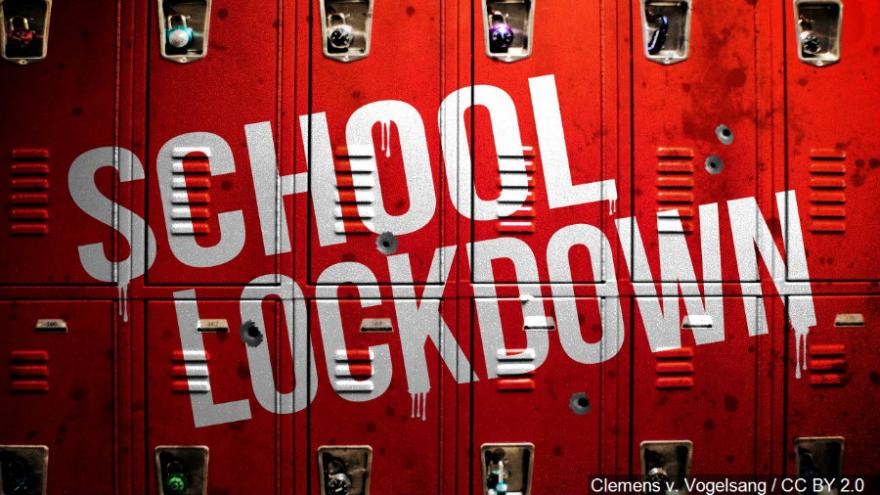 THREE RIVERS, Mich. -- Hoppin Elementary was put on a precautionary lockdown after reports of a man with a gun near the area.

Officers were dispatched to Portage Avenue and Prutzman Street on reports of a man with a firearm at approximately 10:41 p.m.

At approximately 12:15 this afternoon, school officials were notified by law enforcement to return to lockdown status with zero movement allowed within the building.

Around 1:05 p.m., the Three Rivers Police Department notified the school that the movement ban was lifted but building entry was prohibited.

Police located both the subject and the weapon. He was transported to the St. Joseph County Jail.

Students were released to parent's at the school's doors and the Three Rivers Police Department patrolled the area during dismissal as a safety precaution.

The Hoppin Book Fair scheduled for the evening has been canceled.

The suspect, 30-year-old Kyle Longacre was arraigned in 3B District Court on one count of carrying a dangerous weapon with unlawful intent and habitual offender 4 offense.