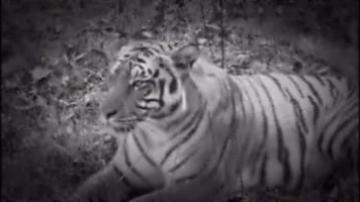 NEW YORK -- Police said a man decided to jumped into a tiger's den at the Bronx Zoo, because he wanted to quote, "Be one with the animal.”

The 25-year-old was charged with trespassing. He jumped out of a monorail car into the tiger’s den Friday.

Police say most of those injuries were caused by jumping from the rail car.

“He was saying that it was not a suicide attempt, he wanted to be one with the tiger, “said NY Commissioner Ray Kelly. “It appears that he is fascinated with tigers. He took the monorail about a month and a half ago with his girlfriend. He was seriously injured of course, but the injuries appear to be mostly from the fall. It was about a 17-foot fall from the monorail.”

They said the tiger could have easily killed the man in a matter of minutes.