Man on GPS monitor accused of attacking father, attempting to poke his eye out 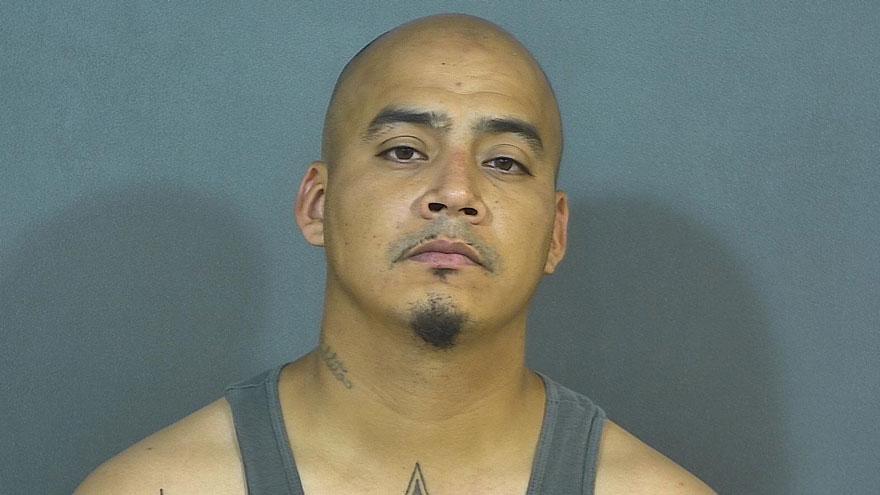 ST. JOSEPH COUNTY, Ind. -- A 30-year-old man was arrested for allegedly attacking his father and attempting to poke his eye out during a domestic dispute, according to court records.

St. Joseph County Police were called to the residence for a disturbance on August 31, 2018.

When the first officer arrived, she saw three men in front of the home, including one holding a large stick. She told the man, later identified as Pablo Bueno Jr, to drop the stick, which he did.

Bueno Jr and the third man at the scene, Jose Bueno, spoke with police about the incident.

Bueno Jr told police he was in the living room when his son, Bueno III, struck him several times in the head, grabbed a knife and came after him with it, reports said.

Bueno Jr went to his bedroom and locked the door.

When Bueno III allegedly kicked in the door, Bueno Jr jumped out the window, reports said.

Bueno III followed him out the window and tackled Bueno Jr.

Bueno III laid on top of Bueno Jr and Bueno III stuck his finger in Bueno Jr's eye, according to the probable cause affidavit.

Bueno Jr told police it felt like Bueno III was trying to pull out his eye.

The officer noticed Bueno Jr's eye was red and blood was pooling in the white of his eye.

The officer then spoke with Bueno III, who was standing with his leg in the door of the home because he was on GPS monitoring.

Bueno III said he held his father in a bear hug until he calmed down. He said he didn't know how his father sustained the injuries, according to the probable cause affidavit.

While investigating, an officer found a knife inside the home near the entrance to the kitchen, reports said.

Bueno III was taken into custody on Saturday. He is being held at the St. Joseph County jail on $750 bond. He is due in court on September 18.