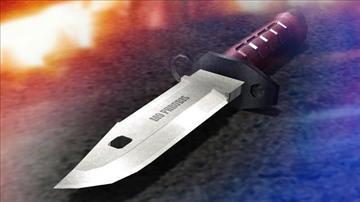 PITTSBURGH -- A man was arrested at a Target store in Pittsburgh for allegedly stabbing three people, including a 16-year-old.

Police say the suspect pulled out the knife to fight off two people following him into the store.

They say the man then grabbed the 16-year-old girl in a checkout line and then stabbed her several times.

Customers jumped in to try and tackle him.

Officers eventually took down the suspect with pepper spray and arrested him.

The 16-year-old girl was taken to a hospital with serious wounds along with two men who were also treated for cuts.

Police believe it all started with a fight down the street.