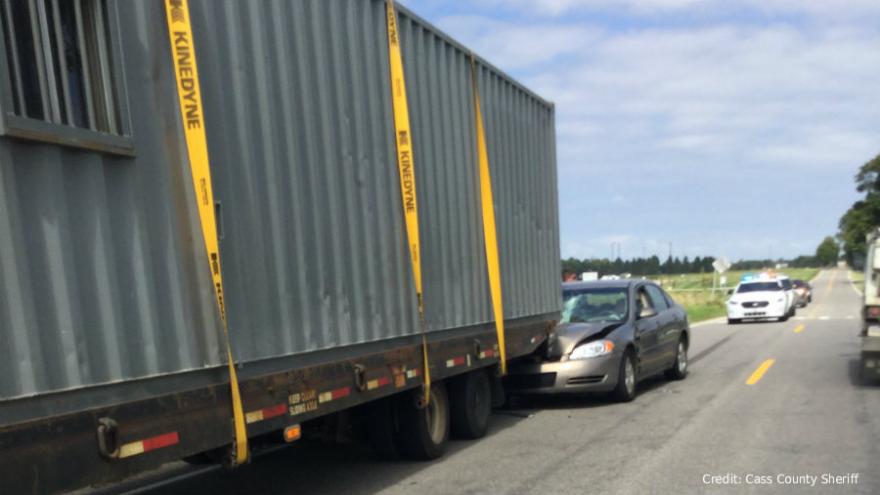 CASS COUNTY, Mich. – An 82-year-old was taken to the hospital after he rear-ended a semi-trailer Thursday afternoon.

According to Cass County Sheriff’s Department, Burke Webb failed to see a semi that was parked in the roadway of Decatur Road.

The semi-trailer did have his hazard lights on.

The 42-year-old semi driver, William Keckler, was not in his vehicle at the time of the crash.

Webb suffered minor injuries and was transported to a local hospital for treatment.

Alcohol and drugs do not appear to play a factor in the crash and Webb was wearing a seatbelt, according to officials.