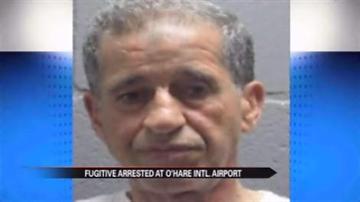 CHICAGO — A man who fled a 1979 murder charge was arrested at O'Hare International Airport.

The man was taken into custody Friday after he arrived on a flight from Jordan where he now lives.

The man came to the US to attend a graduation ceremony.

He's accused of shooting a man in 1979 after that man walked out of his store without paying for a can of beer.

After the suspect posted bond, he disappeared.

The man's bond was set again on Saturday.