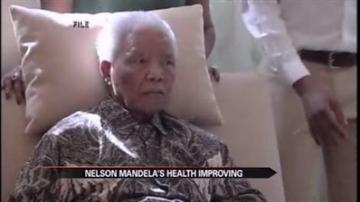 Sunday was his ninth day in the hospital.

Officials say he is still in serious condition, but that over the last two days, his doctors have said the improvements in his health have been sustained.