Manuel Clemon scheduled to be sentenced Monday for murder 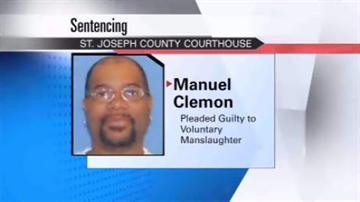 SOUTH BEND — A man accused of murdering a woman in her Eddy Street apartment in 2012 is scheduled to be sentenced Monday.

Manuel Clemon pleaded guilty in March to voluntary manslaughter.  He faces up to 50 years in jail for the death of Deshone Caradine.

Her body was found in her Eddy Street apartment in January 2012. An autopsy showed she was stabbed several times.