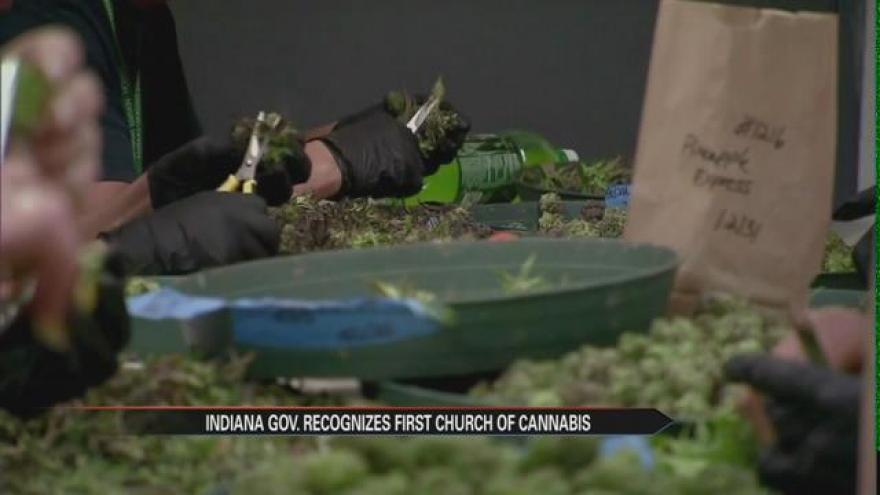 Bill Levin is the founder of the First Church of Cannabis, based in Indianapolis.

His church first started gaining momentum during the passage of the Religious Freedom Restoration Act.


Levin says the church's principles are centered on the positive things in life.

Starting July 1st, they will be conducting services and using marijuana as their sacrament.

“Just because we use cannabis as a sacrament doesn't make us bad people, just like going to church don't make other people good people.”

According to the church's attorney, last week it was granted tax-exemption status by the IRS which means it is recognized by the government as a public charity, and will qualify for tax deductible gifts.

Levin says he saw the recent Indiana RFRA law as an opportunity to fire up his church.

“RFRA created a lot of fertilizer in our state and we just happened to harvest something positive out of it.”

A cannabis church has raised a lot of questions.

Levin assures ABC 57, the main sanctuary of his church will be 21 and up only, and people will be allowed to smoke marijuana, but the church won't be providing it.

“The church will not provide, sell, or trade in any cannabis products.”

He says children will not be allowed to smoke in their pews either.

“We will not allow them to smoke marijuana, but if there is a child having epileptic seizures, I see no problem with allowing that child to get cannabis oil to get rid of his seizures.”

Levin believes the cannabis plant can do the body good.

“It is the healthiest health supplement we have on this planet, and we should have a pint of it in every medicine chest in the world.”

We asked if Levin smokes marijuana himself.

“Do I smoke marijuana religiously? Yes I do.”

Levin says they're expecting over 1,000 people in their first service.

Right now the First Church of Cannabis has 700 paid members, and the church is still working on purchasing a property or building to hold services.