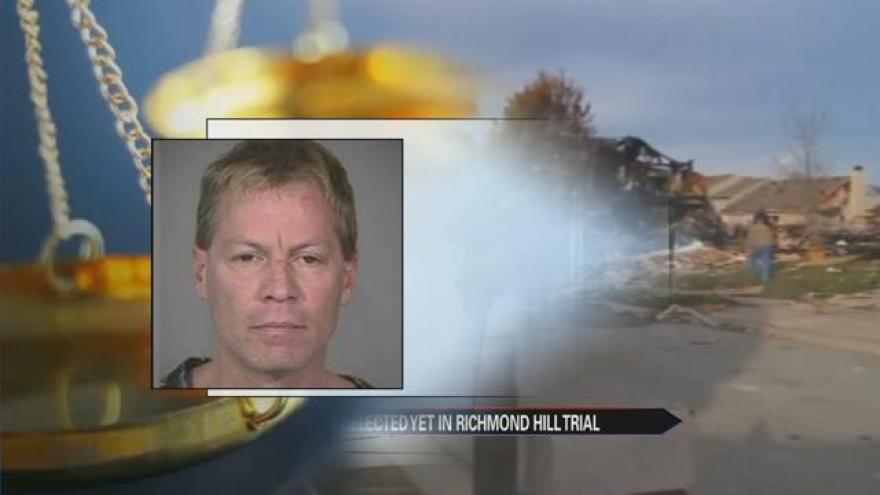 Mark Leonard, the man accused of blowing up his ex-girlfriend's home in the Indianapolis in the Richmond Hill neighborhood was in a South Bend court room today.

He is charged with two counts of murder, conspiracy to commit murder, insurance fraud, and 49 counts of arson.

Leonard appeared in a white shirt and tie, his shackles were taken off while in court.

Thursday, the court had a difficult time in picking 14 jurors out of the pool of 56 potential jurors, who were  present in the court room.

All 56 potential jurors were dismissed by the end of the day, as many felt too strongly about the case to decide Mark Lenoard's fate.

Dismissed potential juror number 14, a surgeon, at one point said:

“From what I saw on the news I have a lot of anger, how could someone be so stupid it looked like Iraq in Indiana. I thought, this was insane.”

January of this year,Shirley pleaded guilty to two felony arson conspiracy counts for a less time behind bars, and she is required to testify in court against Leonard.