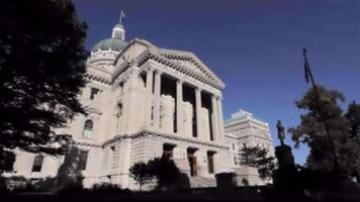 SOUTH BEND, Ind. -- Earlier this week, Governor Mike Pence instructed all state agencies to act as though same-sex marriages never happened. That means couples who were married June 25-27 in Indiana will not get state benefits, but they will still get federal benefits.

Kyle Haas is a newlywed in a same-sex marriage. He tried to get his husband on his employer's health insurance but was denied because of the guidance issued by Governor Pence's counsel earlier this week.

Julie Dominiack, with Dominiack Law Group, says Kyle and his husband are still legally married. But as far as the battle with his health insurer, right now he's not entitled to putting his husband on his plan.

But state regulated benefits are another story. Same-sex couples are not entitled to benefits like health insurance.

Dominiack says it's a difference in state and federal laws.

But there are options for same-sex couples.

They can fight it as discrimination based on sex. Dominiack says it's a violation of equal protection.