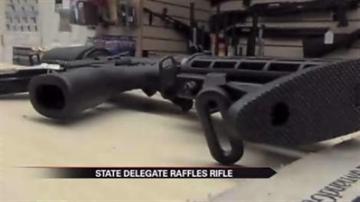 ANNAPOLIS, Md. -- A Maryland delegate is not shying away from controversy as he raffled off an AR15 and an AK47 at one of his political fundraisers.

He is making some waves with the announcement since it comes on the heels of a new congressional decision to expand back-ground checks.

"If it's ever been a time, now is the time. As a matter fact this might be the last AR and AK sold in Maryland legally," said Maryland Delegate Don Dwyer.

The winners of those rifles will have some hoops to jump through. The new process to get them will be harder.