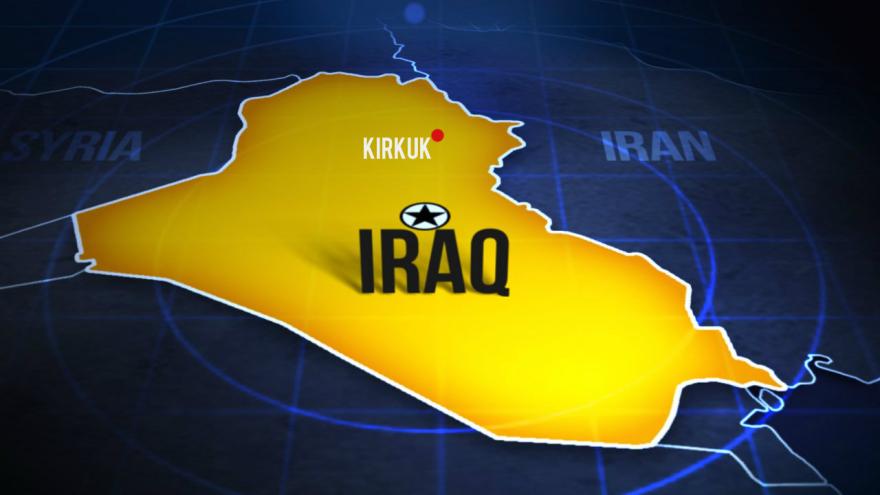 (CNN) -- Mass graves containing the remains of civilians executed by ISIS have been found in the disputed Iraqi province of Kirkuk, Iraqi authorities told reporters on Saturday.

The news conference was held at the site of the mass graves, which were discovered in the al-Bakara area, about 3 kilometers north of the city of Hawija. That area was an American base prior to 2011, Kirkuk Governor Rakan Saeed said.

"We are standing here, where ... at least 400 civilians were dragged, some in their red jumpsuits, and brutally executed by ISIS," he said.

Colonel Murtada Abbas of the 60th Brigade in the Iraqi military said witnesses to the executions led them to the graves.

Saad Abbas al-Nuaimi, a shepherd in the area, told CNN he saw members of ISIS drive vehicles loaded with civilians to the site and execute them. He said there are five mass graves in the al-Bakara area.

The governor of Kirkuk called on the Iraqi government and the Commission of Human Rights to come to the mass grave sites and conduct DNA examinations to identify the victims.

US allies clash in Kirkuk

Kirkuk is an oil-rich province in the northern part of Iraq. ISIS forces drove the Iraqi military from the capital city of Kirkuk in 2014, and Kurdish forces in turn drove ISIS out of the city, which the Kurds had held for more than two years.

The Iraqi government ordered Kurdish forces to hand over the city. When the Kurds refused, the Iraqi military moved in and took control of the city in mid-October.

The takeover of Kirkuk was ordered by Iraqi Prime Minister Haider al-Abadi, who called on Kurdish Peshmerga forces to cooperate with them.

His order came just weeks after a Kurdish referendum for independence claimed Kirkuk as their own. The city -- among the most coveted of disputed territories in the region -- falls outside the internationally recognized autonomous Kurdish region in the northwest of Iraq.