Massachusetts cleans up after severe weather 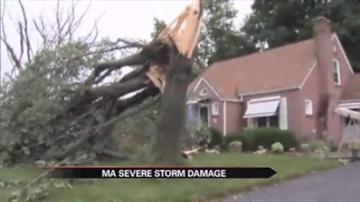 AGAWAMI, Mass. -- Crews are cleaning up after severe weather hit the East Coast.

In Southern Massachusetts, trees were uprooted, others snapped in half, and cars destroyed.

No one was hurt but residents were definitely scared.

The National Weather Service confirmed a micro-burst was the cause of the damage.  While a tornado has a circular pattern of destruction, a micro-burst has a downward wind pattern similar to straight line winds.