The low pressure system that has been bringing Michiana rain and wind for Monday and Tuesday is creating chaos on the Great Lakes. On Tuesday, storm warnings for Lake Superior and the northern half of Lake Michigan, urged people to stay off of the water, and commercial vessels to brace themselves. 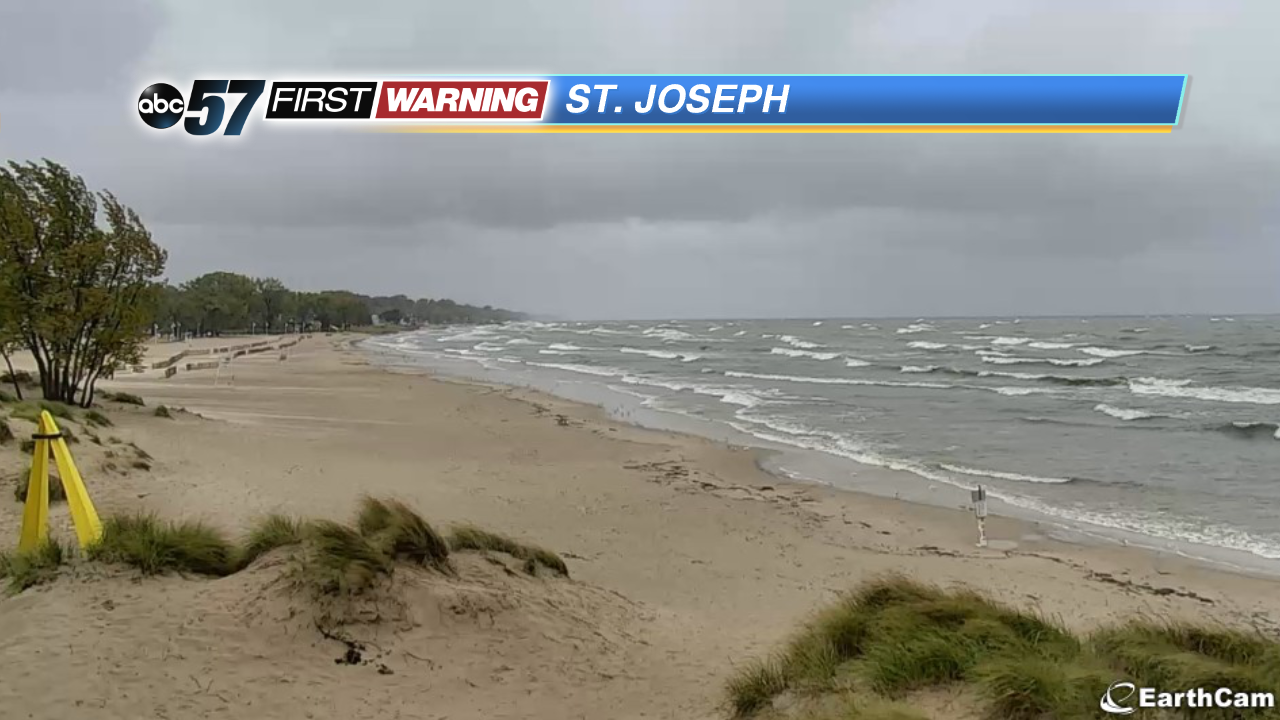 Winds over Lake Superior gusted over 60 MPH this morning, downing trees and power lines, and also causing flooding. The wave heights at a buoy observation spot in the largest part of the lake peaked at seventeen feet. 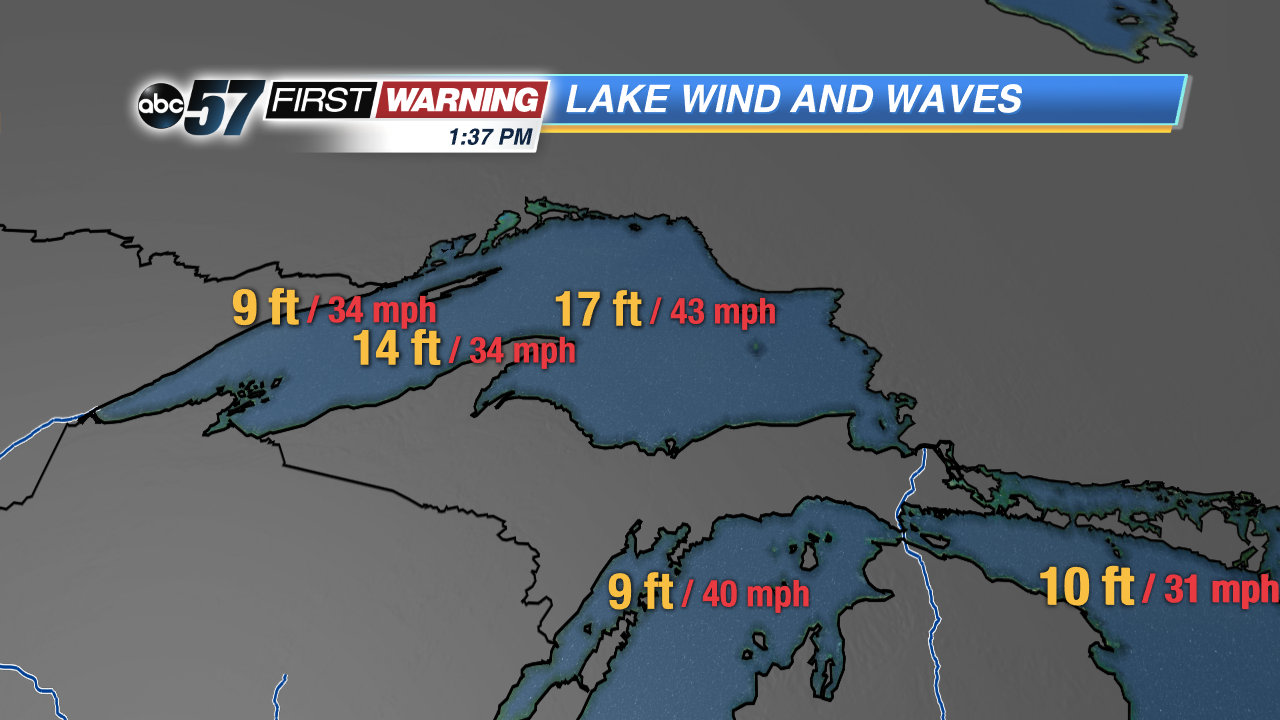 Closer to home, the water has been churning as well. The wave heights in Lake Michigan increased steadily throughout the day. At 5 PM Tuesday, the waves peaked at ten feet at St. Joseph. 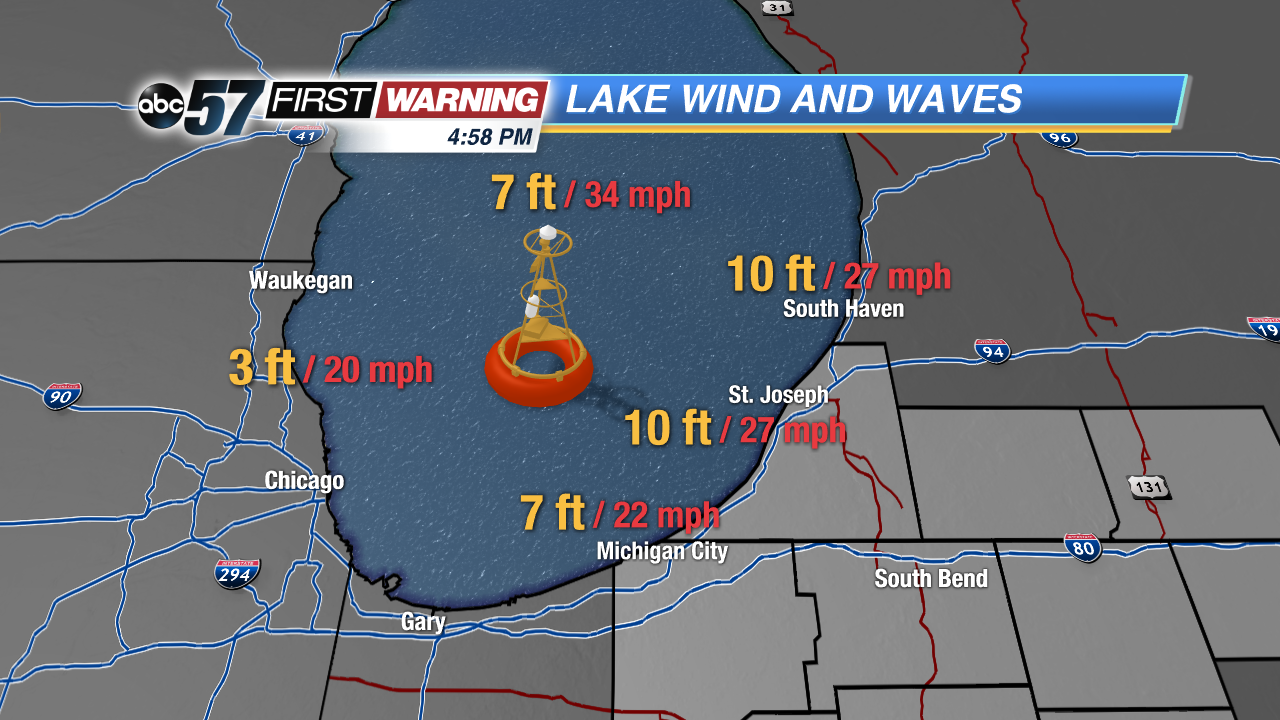 These massive waves in both Lake Superior and Lake Michigan are due to the northwesterly winds on the left side of the strong low pressure center. While winds at many coastal locations topped out in the 30s, the wind speeds over the open water were even higher because there is no friction, causing the large waves. 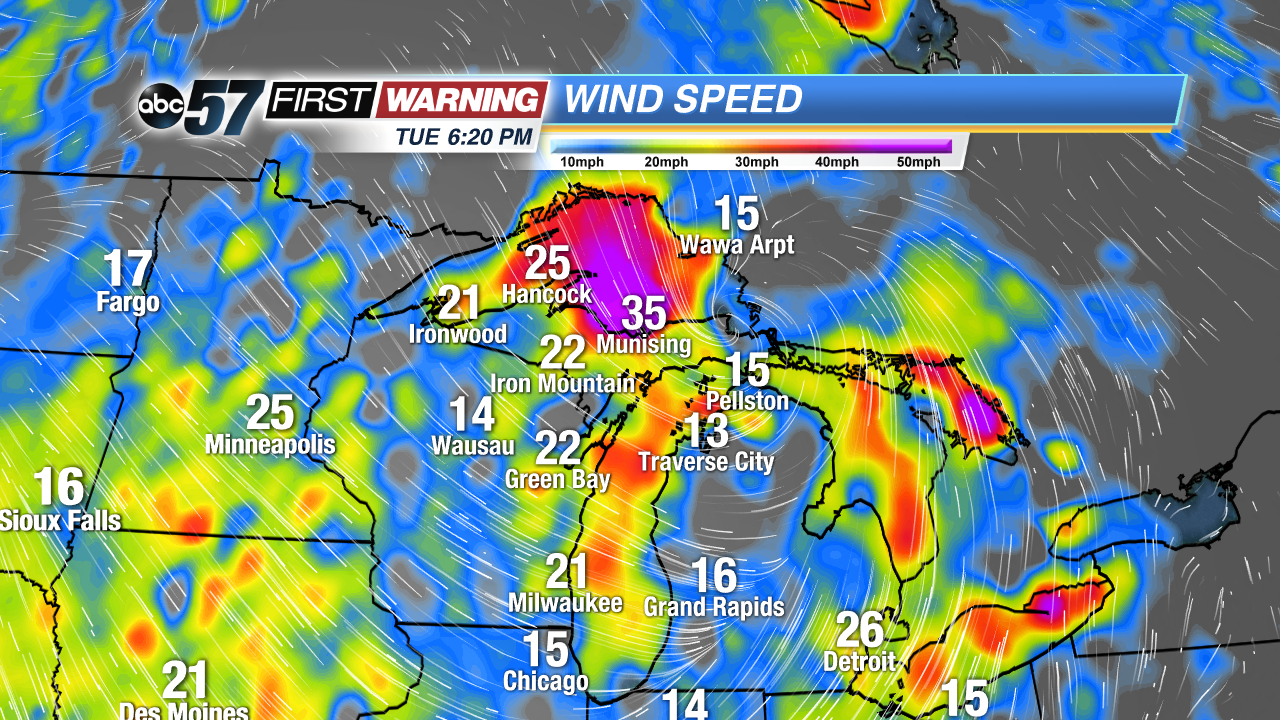