May 4th: The coldest day that wasn't 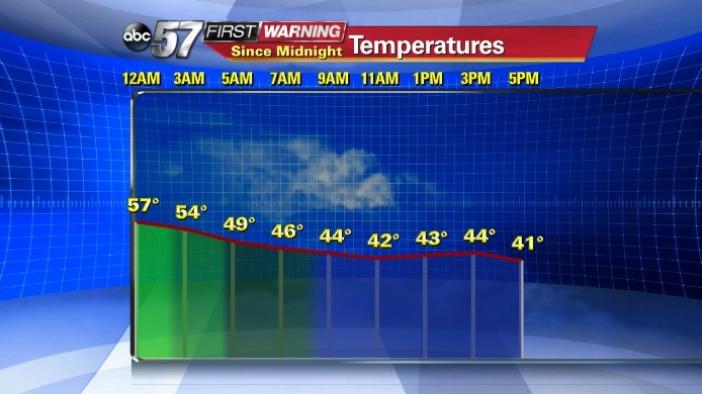 Just after midnight of May 4th, 2016, temperatures were still in the mid to upper 50s.  However, after a low pressure system crossed over Michiana, bringing with it a soaking rain for the morning commute, followed by plunging temperatures, the daytime hours felt more like a day in late autumn than a day in early May.

By 7AM, temperatures had plummeted into the mid 40s.  When you factored in the rain and the howling northwesterly wind, wind chills dipped into the mid 30s at times. Be sure to stay tuned to ABC-57 as we track the return to more seasonable temperatures for the weekend.  You can always check back for your daily forecast here.